The archipelago of Saint Pierre and Miquelon, which is split into 8 islands and isles, is the only French overseas Territorial Authority in North America. It benefits from a unique geography at the gates of Canada and undeniable natural assets. However, it has been seeking new economic directions since the deep-sea fishing crisis. AFD, a loyal and regular partner, is supporting these transition efforts.

Saint-Pierre-et-Miquelon © Fabrice Dufresne / AFD
AFD AND SAINT PIERRE AND MIQUELON: SUPPORTING THE TRANSFORMATION OF THE ARCHIPELAGO 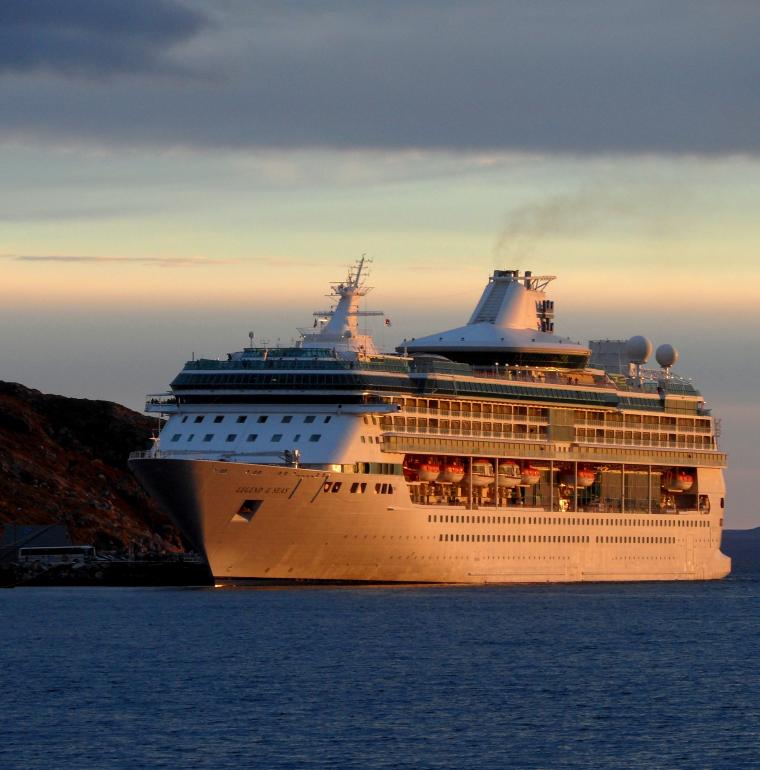 Every year, the archipelago receives 12,000 foreign tourists with diverse profiles via specialized products: cruises, language trips and pleasure trips. However, the range of tourism products still needs to be strengthened, while taking into account the highly seasonal nature of the activity.

A strategic direction for the territory

In its Strategic Development Framework (2010-2030), the Territorial Authority of Saint Pierre and Miquelon sets out tourism as an area for diversification. In this context, AFD can operate by supporting structural projects, as part of a process to redevelop and improve the available services, from the hotel industry to cultural activities and dedicated facilities.

Need to open up

More regular, dense and diversified shipping and air routes are necessary to open up the archipelago. The airport, commercial or cruise port infrastructure, and the future sea links towards Canada are large-scale investments that need to be implemented in the near future to promote the development of the tourism sector. AFD can be a partner for these structural developments and is already working alongside local authorities and local economic actors.

The archipelago’s insularity, isolation and its situation as a French territory in the Gulf of Saint Lawrence mean that it is highly dependent on diplomatic relations between France and Canada. It is working to achieve a high level of equipment, which involves offsetting the isolation with efficient local services. On this issue, a number of sectors are already important subjects for AFD.

For example, sanitation is a major issue in the municipality of Saint-Pierre. The topography of the site and multiple ownership of the various components of the network pose management and renovation difficulties. AFD, building on its expertise and longstanding experience in the sector, can step in as a leading technical partner.
In the health sector, we are supporting the François Dunant Hospital Center and are monitoring issues related to the archipelago and possible future changes in local health facilities, particularly the development of stronger partnerships with Canada.

Finally, the archipelago’s demography, which is relatively subdued, is marked by strong trends. Decline and ageing, the emigration of the student population and low level of remigration: the profile of the inhabitants of Saint Pierre and Miquelon is changing and, in the medium term, will require reviewing the support and care facilities for senior citizens. AFD has extensive experience in this field, particularly in the French Overseas Departments (DOM).

AFD has the means to support the development of a flagship and largely devastated sector on the archipelago: fishing and the exploitation of the sea. At the same time, the challenge lies in revitalizing the related tools and allowing Saint Pierre and Miquelon to reclaim its marine resources.

The port and its infrastructure

The infrastructure that is essential to the archipelago’s economy includes its port – the main commercial link with the continent –, which is driven by a major freight activity (under a public service delegation), the reception of cruise liners and the transportation of passengers towards Miquelon, Langlade and Newfoundland in Canada. Fishing and recreational activities also operate there. The redefinition of its governance and the development of its tools, which need to be established in consultation with all stakeholders, may allow AFD to intervene, both in the scope of the discussions and in financing new equipment.

AFD has been a partner of structural projects since the opening of its local agency. Its commitments lead to the creation of infrastructure to strengthen the territory’s main sectors of activity, financing for naval arms, a strengthening of the financing capacities of banking or financial partners and support for the public and private sectors.

29m
EUR mobilized (in financing) over the past 10 years

The archipelago of Saint Pierre and Miquelon is a French enclave in a Canadian maritime and land space. Its Overseas Country and Territory (OCT) status, its location in the Gulf of Saint Lawrence and its low density make it a territory with very specific issues and characteristics. This small territory of 244 km² is home to less than 6,200 inhabitants, who mainly live on the northern island of Saint-Pierre. Its economy is dominated by the construction industry, services and trade.

Saint Pierre and Miquelon has been severely hit by the deep-sea fishing crisis, which started in 1992, as well as by the reduction of its Exclusive Economic Zone in the same year, and is faced with the challenge of its economic restructuring. It is also still seeking its development model and its sectors with high future potential. It is by building on its cultural heritage of fishing, the American prohibition and its French specificity that the archipelago has major advantages to succeed in its transformation, particularly in the tourism sector.

AFD is a longstanding partner and has been present throughout its recent development. It has reaffirmed its interest in the territory and is working alongside it on its next major challenge: the development of tourism. Since the Saint Pierre and Miquelon agency was set up, it has supported dozens of projects and project initiators. Over the past decade, AFD has mobilized EUR 29m of financing.