Despite its many assets, Madagascar is today one of the poorest countries in the world. It is also an island country with a wealth of unique biodiversity. Since 1952, AFD has been supporting a number of actors in the country: NGOs, local authorities, companies and authorities, to support inclusive and sustainable development. 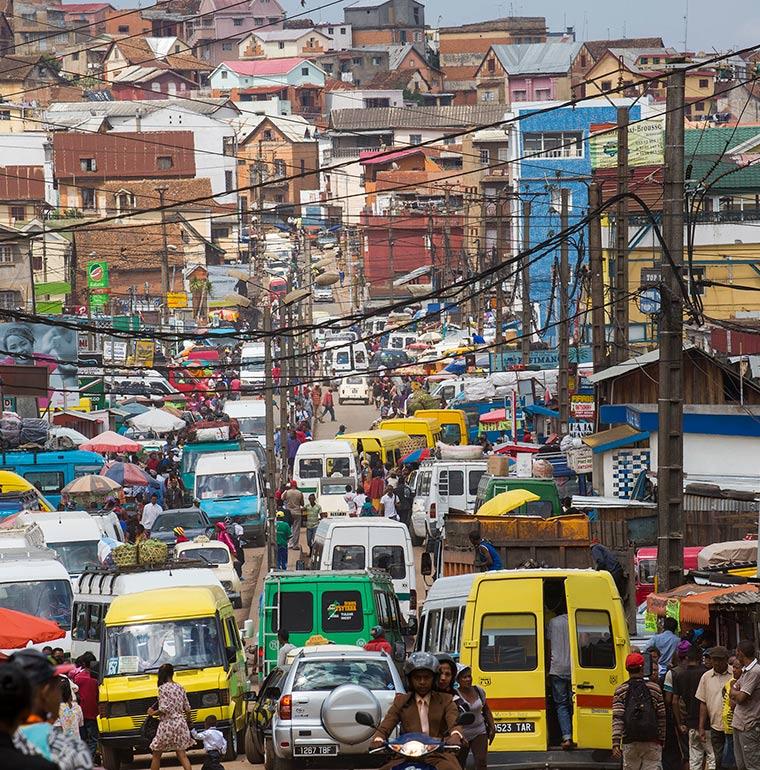 Due to strong and uncontrolled growth, Madagascar’s cities are home to acute poverty with its consequences: insecurity, squalor, slums and urban precariousness. They also suffer from air and water pollution and recurrent flooding. Urban development presents both an environmental and social risk and an opportunity for the economic development of the country.

At the same time, we help improve the governance of urban municipalities and build their capacities to plan the territory’s development and urban investments. 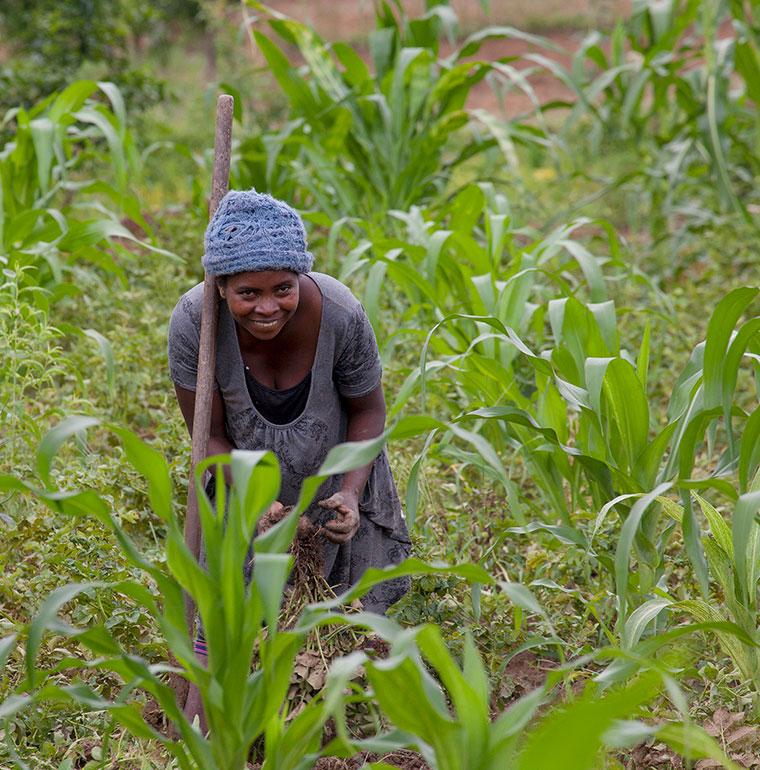 Every year, Madagascar needs to import between 200,000 and 500,000 tons of cereals, which accounts for 5 to 15% of its needs. Since 1960, rural poverty has increased, due to the lack of modernization of agriculture. Madagascar’s biodiversity is today under great threat from human activities. In addition, the very small size of farms (less than 1 ha on average) and land insecurity are major obstacles to their development.

AFD seeks to support Madagascar’s agricultural policy and considers that agricultural development and biodiversity conservation are inextricably linked in Madagascar. The projects we finance aim to improve farmers’ performance and climate resilience through agroecology, build the capacity of local actors to control their environment and support biodiversity-friendly rural development.

Returning to high-quality education and training 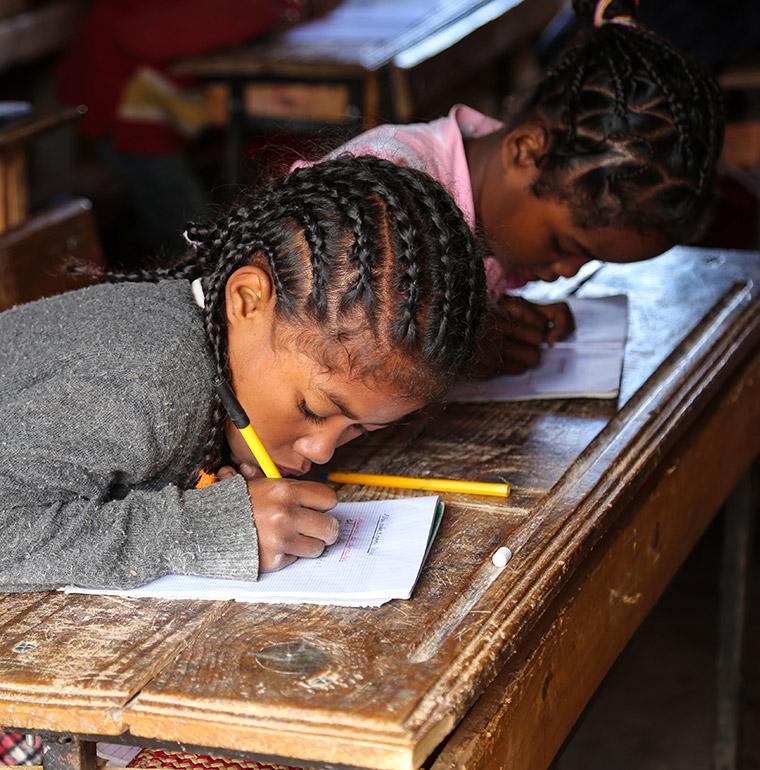 Returning to high-quality education and training

Since 2009, there has been a deterioration of the performance of Malagasy students in international assessments. Vocational education is unsuited to business needs.

AFD works with the Malagasy authorities to improve the quality of education in primary and secondary schools. It also supports the administration and companies through a partnership-based approach to revitalize vocational training. 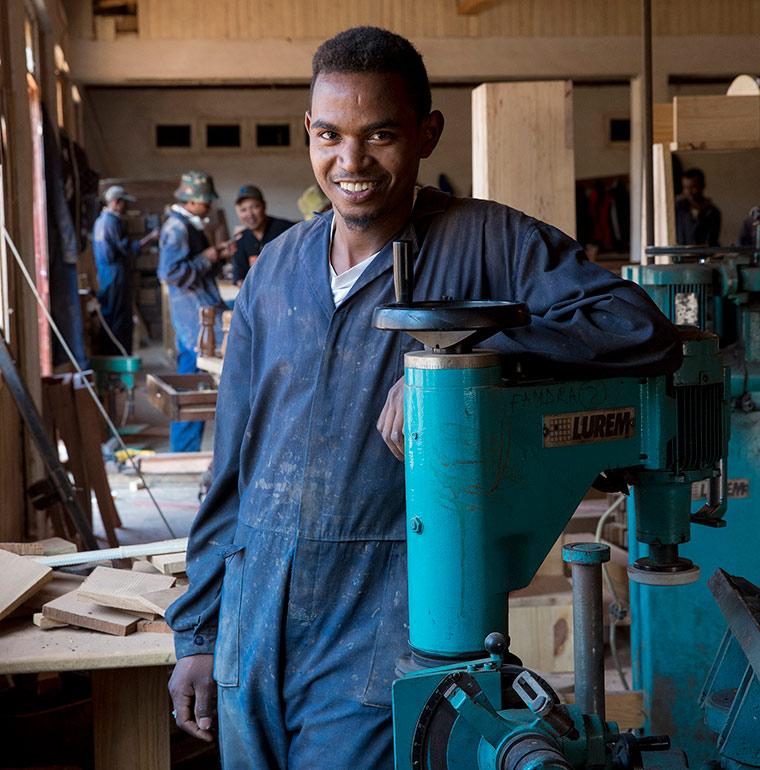 Only 10% of people in Madagascar benefit from a formal job. It is estimated that 80% of them are underemployed. Yet Madagascar has a diversified entrepreneurial base which is capable of exporting. These companies do, however, remain small.

AFD supports job creation by allocating guarantees for business investment. Over 100 companies have already benefited from loans guaranteed by AFD.

We also support microfinance for microenterprises and individual entrepreneurs. 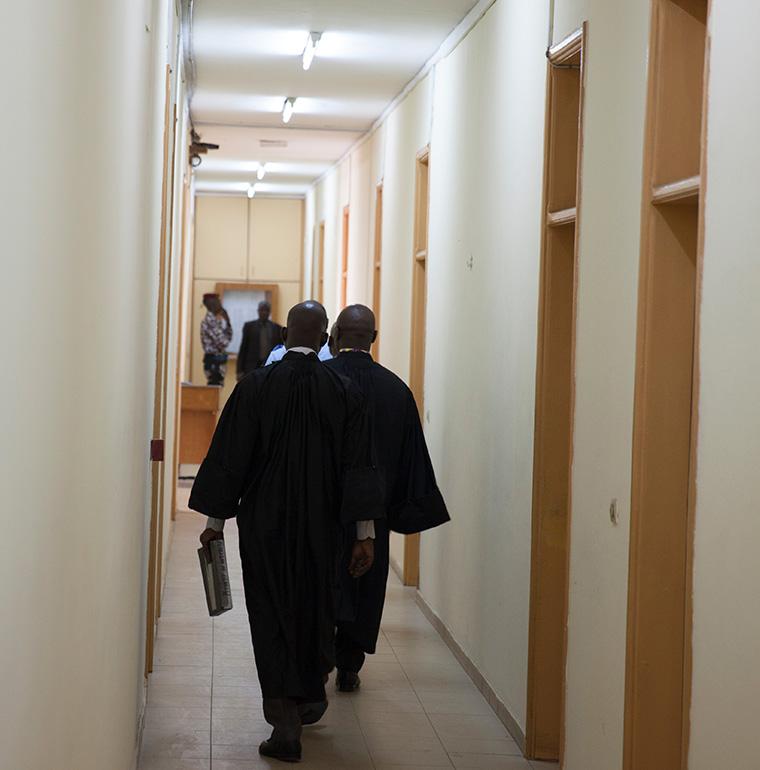 The institutional instability which has marked the last sixty years is largely due to the economic underperformance of Madagascar – GDP per capita has been declining since 1960. However, the country has just experienced a democratic change, which suggests that governance will improve.

Following on from France’s action in Madagascar, AFD is supporting the restoration of an accessible, effective and incorruptible justice system that contributes to the rule of law. It also works to promote the emergence of more effective urban municipalities that are close to citizens.

Our crosscutting objective in each of our sectors of operation is to support the development of transparent, effective and accountable institutions.

With its 24 million inhabitants and a surface area of some 590,000 km², Madagascar is one of the world’s largest islands. It is located in the southwest Indian Ocean and is separated from Africa by the Mozambique Channel. It is also one of the poorest countries in the world: over 90% of the population lives on less than $2 a day.

Madagascar has a particularly rich environment and exceptional biodiversity: over 80% of its plant and animal species are endemic. It is also one of the most vulnerable ecological systems to climate change, environmental risks and natural disasters.

Madagascar has suffered from political instability for several years. The repeated crises have hampered development, particularly in infrastructure and public services. Yet the island has a number of industrial sectors with high added value, such as agro-industry, textiles, new technologies, tourism and craft industries.

AFD has been operating in Madagascar for 70 years, where it works to fight poverty and support economic development. Since 2016, it has also been working on strengthening decentralized local authorities and improving the functioning of the justice system.

Biodiversity and Development: Feedback from 3 NGOs 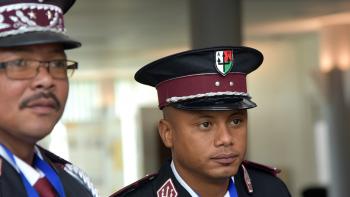 Désiré Razafintsalama: «The Modernization of Madagascar’s Prison Administration Is Underway» 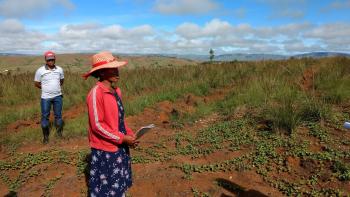 Madagascar: The Extraordinary Feat of Access to Land for All

Indian Ocean: Exemplary Regional Cooperation to Mitigate the Risk of an Epidemic 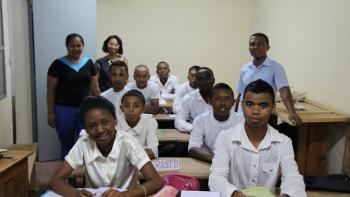 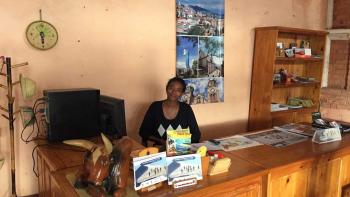 Present in the Atlantic, Pacific and Indian Oceans, France has five departments and regions and seven overseas collectivities which are home to 2.7 million French citizens. Scattered across the globe, ...

Does family size hinder family living standards? Evidence from a quasi-experiment in Madagascar 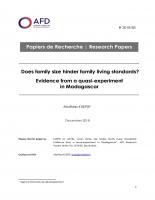 In this paper we try to identify the causal impact of fertility on household welfare in Madagascar using gender of the two first-born children as a source of exogenous ...

Waste, how much does it cost?

An Application of the Alkire-Foster’s Multidimensional Poverty Index to Data from Madagascar: Taking Into Account the Dimensions of Employment and Gender Inequality 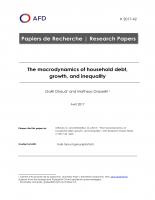 In this study, we build what we call the Malagasy Multidimensional Poverty Index (MALAMPI), which is an augmented-MPI. Here, in addition to the standard MPI dimensions (health, education and ... 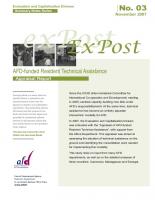 Since the CICID (Inter-ministerial Committee for International Co-operation and Development) meeting in 2005, sectoral capacity-building now falls under AFD’s responsibility/remit. At the same time, technical assistance has become ...

In 2012 a call for proposals for FISONG projects was launched in the field of "Sanitation, hygiene and waste: long-term mechanisms and local capabilities” aiming at improving sanitation services in ...